Hello everyone and welcome back Nerdgenic Nation! I’m your anime expert Ash and for my first anime review, I thought I’d start with my favorite and king of shoujo, the classic: Ouran High School Host Club!

Ouran High School Host Club (オウラン高校ホストクラブ) is a Reverse Harem/ Rom-com anime written by manga author Bisco Hatori that first debuted in 2006. But despite its popularity, FUNimation only gave us 26 episodes for its measly one season.

The series takes place at Ouran Academy, a school for the super-rich and beautiful. And it is here that we meet our main character Haruhi Fujioka, an honor student who is a commoner that can attend with a scholarship. She wanders into Music room #3, looking for a place to study, and runs into the host club, a group of handsome boys with too much time on their hands who entertain ladies. On her way to leave, she accidentally breaks a priceless vase that the club was going to Auction off for 8,000,000 Yen (or a whopping 80,000$)! Haruhi then serves as the club’s errand boy and later becomes a host herself! One by one, her fellow hosts discover that she is actually a girl, but to Haruhi, gender doesn’t really matter!

The show is actually quite progressive for 2006 (somewhat anyway) 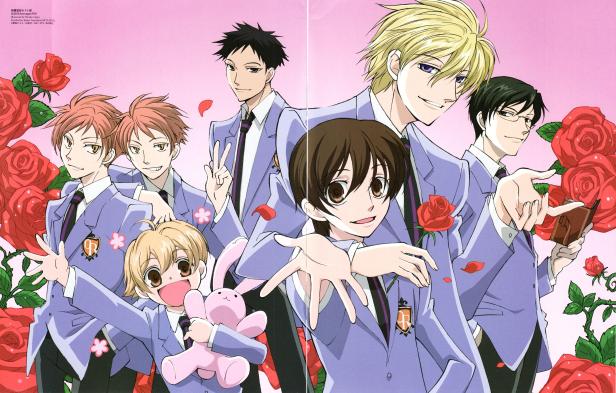 This anime has quite an array of diverse characters! Let’s introduce them all!

The super-smart Honor student and the main character is “The Natural” of the host club. She entertains ladies in the club to pay off her debt since she is poor and couldn’t even afford to buy a uniform. The rest of the gang dotes on her by protecting her secret and adoring her when she eats rich people’s food for the first time. (All she wants is to try fancy tuna!)

Tamaki Suo is The Host Clubs King and the princely type of gang. He’s self-aware of his handsomeness but he’s very generous and gets super excited over the little things. He loves Haruhi “as they are love interests” he’s Half Japanese Half French and makes the Host club together with Kyoya

Kyoya Ootori is the Club’s Bookkeeper and the Cool Type of the Bunch. Even though he comes from a rich family and excels at everything, he always feels overshadowed by his older brothers. His calm and collected demeanor can come off as cold-hearted but he does care a lot about Tamaki, Haruhi, and the rest of the club.

Honey senpai is the boy Lolita type of the host club who loves cake and stuffed animals! Especially his bunny Usa Chan! But he wasn’t always open to his cuteness. At home, he is a master at martial arts and tried to hide his love for sweets and cute things to not feel judged by his peers until Tamaki convinced him to embrace his true self!

Mori Senpai, Cousin to Honey senpai, is the Strong Silent type of the host club and is always seen with honey. Mori serves as the club’s protector. Always helping honey or Haruhi as he deeply cares for them, but he hardly talks.

The twins are the mischievous type hosts who portray every girl’s fantasy of lovers but their relationship is taboo. The girls eat up their brotherly love act! Hikaru has feelings for Haruhi and can be irrational when it comes to his feelings, but Kaoru is more levelheaded. He’s just as mischievous but he puts others’ feelings before his own.

And that’s just the host club! There are so many other cool characters! Renge the Club’s Otaku Manager, Ranka (Haruhi’s Cross-Dressing father), Kasanoda the Ex-Punk, and Nekozaowa the Occult Club President! The list goes on! 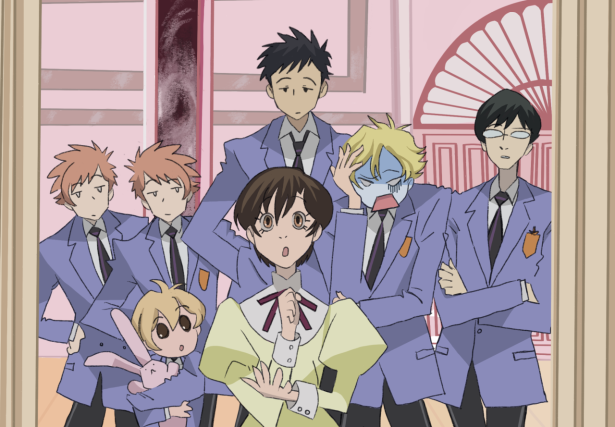 For an anime that is 15 years old, the animation and art style still keep up with newer anime. The colors are vibrant, the outfits and expressions are adorable and I love the shimmer effects too! The background details are really great too! Like how each host has their own colored rose.

This is one of the few anime that I prefer the English dub over the original Japanese (but I did watch it in English first, so I might be biased). The voice actors brought the characters to life! And the music is very classical, which goes with the “super mega-rich” theme of the show! Very appropriate choice.

This anime is good for many reasons, it has a great cast of characters, entertaining jokes, fun conflicts, and heartwarming moments, but my favorite aspect is that it sets the standard for a good reverse harem. Typically reverse harems will have bland, boring female main characters so female viewers can imagine themselves as the main character, kind of like a simulation. But this anime is different because each character, especially Haruhi, has a back story and a lot of development! However, the one thing that makes my blood boil is the 26th episode. The manga goes on a lot longer, but the anime needed a dramatic ending.

But instead of the ending we all wanted, this is what we got: 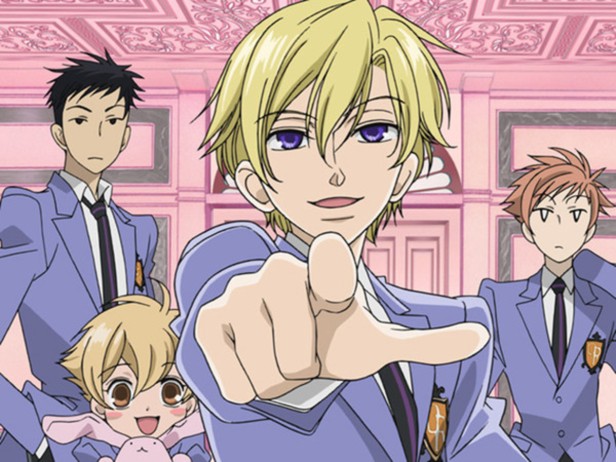 Overall I would rate this Anime 5/5 Stars! It’s worth the watch and fans like myself could watch this show on repeat and never get tired of it.

Have you seen Ouran Highschool Host Club? What do you think of it? Let us know in the comments below! And feel free to check out all my other videos regarding our favorite thing: Anime!

That’s all for today! Anime expert Ash out!