Nintendo recently hosted their showcase event, where all the news surrounding the Nintendo Switch over the next 12 months was announced! The event lasted for about 40 minutes and had some big announcements that we should expect to see become reality very, very soon! From an Animal Crossing update to a new online membership tier, I will cover the most exciting news from the event here in this article!

The event opened with the very first cinematic trailer promoting the upcoming DLC for Monster Hunter Rise, named Sunbreak. The massive expansion pack will include new stories and locales, as well as new monsters! Although we don’t get to see it in the trailer, there will also be new hunting actions incorporated into the game with this expansion. The paid DLC is scheduled to launch in summer 2022. Take a look at the trailer to see what you think here:

The announcement for Mario Party Superstars began by showcasing that 5 classic Nintendo 64 boards will make a return, including Spaceland and Peach’s Birthday Cake! Now you can party day or night with the addition of Horror Land, where whilst the ghost statues in the plaza may be harmless during the day at night they will come to life and swipe stars away from unsuspecting players. The new mt minigames were also announced, a playlist for those who need a break from playing the boards that feature only mini-games, with 7 courses available at launch! Online play is supported throughout this title, on boards, and mini-games. The game is set to launch on October 29th, so be sure to check out the trailer here:

Voice of cards is a new type of RPG game. Made by well-known publishers Square Enix, the story of this game, where you will set out to slay a fearsome dragon, is told through a series of cards that represent everything from protagonists to shops, towns, and environments. You will face off in turn-based card battles where you will need skill and a little bit of luck to become the victor. The game is set to launch on October 28th, with a free demo and pre-orders available now. Here is the trailer if you want to take a look: 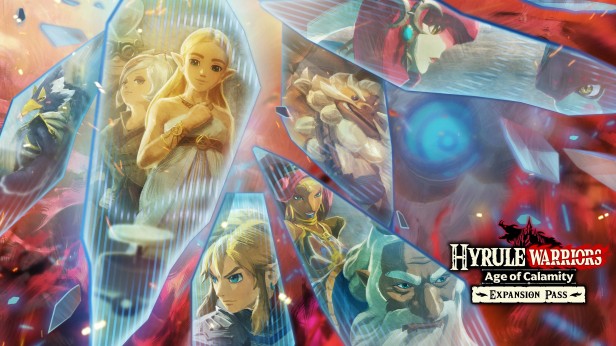 This expansion pass was announced with a cinematic trailer, where it is revealed the expansion will add many features to the title including a new storyline, new character, and new weapons and actions, the expansion will be released in two waves, part 1 is available now and part 2 will release in late October, here is the trailer for those eager to see it:

Race with all your favorite Final Fantasy characters such as Chocobo, in what looks to be a simple reskin of the much loved Mario kart games! Instead of mystery boxes, players will collect perks through magical boxes called Magicites, and gain a boost via drifting around corners! While reskins are normally a bad thing, this game looks set to provide hours of fun to all Mario kart and final fantasy fans! Local and online multiplayer will be a feature of the game, meaning you can beat your friends anywhere anytime! Here is the trailer for those eager to take a look, but we will have to wait until 2022 before we can play:

Not much was revealed during the short clip we got to see of the new animal crossing update other than there will be a new room named “The Roost” which appears to be a cafe, added to the upstairs of the museum. It was also announced that there will be a full reveal in a unique showcase named Animal Crossing Direct, that will air in October!

There will be more free content added to this title via a free update, including Koopa Troopa entering the fairway as a playable character. Another new playable character will be Ninji, whose lightning speed will give you a boost ahead of your opponent! Two new courses will also be added as part of this update, which has already been released alongside the showcase event! Here is the link for the reveal:

This new title will allow players to explore magical Disney-themed worlds with lots of different Disney characters, as an added bonus all the paid for DLC from the original Nintendo 3DS version will be added to the new title. Catch the trailer here:

In this game you fight against a virus trying to destroy humanity, the game looks to be graphically pleasing for a switch title, and being a dying light game should have a gripping storyline to match, the game is expected to launch in February 2022 and you can catch the trailer here:

Members of the Nintendo Switch Online service will now have a new membership tier to choose from, the new plan will allow users to play classic games from the Nintendo 64 console such as Legend of Zelda – Ocarina of Time, Super Mario 64, and Dr. Mario. In addition to the Nintendo 64 games, users who upgrade to this new tier will also be able to play a selection of classic Sega Megadrive titles such as Sonic the Hedgehog 2, Ecco the Dolphin, and Streets of Rage 2. Nintendo will also be launching classic controllers for members of the new tier to buy from the Nintendo E-Store.

This collection brings together the 4 Classic Castlevania games, remastered stunningly for Nintendo Switch. In this collection, you will be able to play all four of the classic Castlevania games remastered for the switch in HD, with rewind and button mapping mechanics being added for quality of life improvements. The game is launching alongside the showcase and you can get a look at the trailer here:

The Mario Movie will be a collaborative effort between Nintendo and Illumination Studios – the studios that created the beloved Minions movies. The movie, which has a star-studded cast which I will mention later, is set to release in the holiday period of 2022. There was no reveal trailer for the movie but what we did learn is that there will be a star-studded cast of voice actors, including Chris Pratt as Mario, Anya Taylor-Joy as Peach, Charlie Day as Luigi, Seth Rogan as Donkey Kong, whilst Jack Black will feature as Bowser. More will be revealed about the Mario movie as we move closer to its release, however, with a cast like that, great things should be expected!

Splatoon 3 looks to be a fast-paced, multiplayer game where players will compete against each other to cover the map in their color paint. The game will have a story, where players will embark on a 3rd person shooter style adventure, through what seems to be an immersive plot, you can catch the trailer here:

The final trailer that we got to see at the showcase was for the much anticipated Bayonetta title – Bayonetta 3. The game features stunning 3D battles with eye-catching and immersive animations throughout and follows on from the much-loved previous Bayonetta titles! Catch the reveal trailer here:

So that is all the major news from the recent Nintendo Showcase event, personally, I’m looking forward to the new membership option for the online service, allowing me to go back to the root of my childhood and explore my favorite Nintendo 64 games once more!