We may earn money or products from the companies mentioned in this post.

Death and rebirth in comic books are something that has become very common throughout the years, often nullifying a character’s ending to make a comeback that many times doesn’t amount to anything. It seems like a pointless effort, to some degree: removing any kind of character development to go back to the status quo.

This is why Geoff Johns’ Green Lantern: Rebirth is so fascinating to analyze, even so many years later: this book not only returns Hal Jordan, the Silver Age Green Lantern, to his historical role as the main character of the franchise but also propels the Green Lantern title to its most popular and memorable run of all time, which is something not many characters with so many years can brag about.

Teaming up with the talented Ethan Van Sciver at pencils, Johns crafted a six issues miniseries to return Hal to the Green Lantern Corps and at the same time trying to maintain a certain degree of consistency and logic with all that happened before, which makes this not only a fantastic comic book but also a story that required a lot of explanations and developments to get the desired results.

What Was Green Lantern: Rebirth?

Starting in 2004, Green Lantern: Rebirth is the story that focuses on turning everything into what once was: Hal Jordan as the main Green Lantern and the Corps once again serving their role as intergalactic cops. The story deals with the aftermath of Hal Jordan coming back from the dead to become the bearer of the Spectre, God’s spirit of vengeance, and losing more of his humanity in the process.

At the same time, the then main Green Lantern and Hal’s successor, Kyle Rayner, comes back from space in a ship, trying to alert everybody that Parallax is coming. Many events would unfold, such as the Justice League, led by a distrusting Batman, trying to apprehend Jordan when they find out that Coast City, Hal’s home that was destroyed years ago and drove him insane, was starting to get rebuilt all of the sudden.

It would later turn out that Kyle discovered in another planet that Parallax was the physical entity of fear that took a hold of Hal after Coast City was destroyed, seizing the Green Lantern’s loss and pain to control him. Both Kyle and Oliver Queen, also known as Green Arrow and Hal’s best friend, would realize that Sinestro, who faked his death in Emerald Twilight through a construct, was the one who controlled Parallax to control Jordan and drove him over the edge.

The story further deals with Hal Jordan’s struggles with the Spectre and Parallax (the latter being behind the sudden reconstruction of Coast City), many Lanterns being controlled by the entity itself, and how both Hal and Sinestro come back as the main protagonist and antagonist, respectively, of the series. 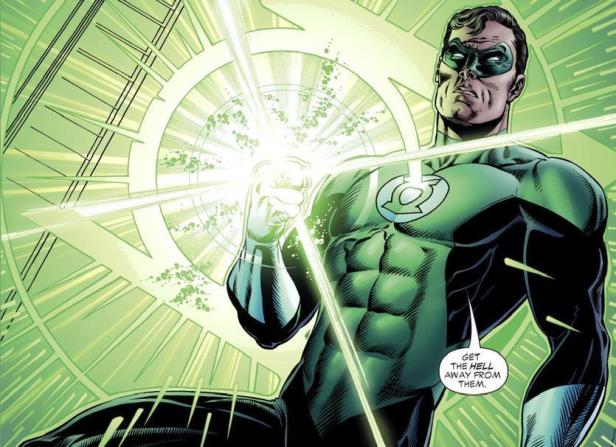 Johns had a lot to deal with if he wanted to get Hal back as a hero because of everything that went down with the Emerald Twilight and Zero Hour: Crisis in Time storylines; Jordan had become a murderer and was willing to change time itself for his own personal reasons. And even though the reason he created to explain his actions was far from original (being possessed), he makes sure to let us know that it was Hal’s weakness and fear that allowed Parallax to get a hold of him.

Despite being a story with just six issues, there is a lot going on and every page gets the plot moving: you have the Justice League coping with the situations, you have John Stewart and Guy Gardner dealing with Jordan’s loss of humanity as the Spectre, you have Green Arrow doing a similar thing, you have Kyle Rayner trying to alert everybody and you have Hal himself going through all these spiritual struggles. It feels big, explosive, and thrilling, much like a great summer blockbuster film.

Geoff Johns has received a lot of flak as a writer in recent years, but his Green Lantern, which starts with this miniseries, showcases his main strengths: he has a vast understanding of the Green Lantern lore, which allows him to modernize the title but still maintain the familiar feel to it, and already sets up future plots with characters as Black Hand and Hector Hammond.

There is also a degree of consistency with many years of storylines, such as Batman’s distrust of Hal, going all the way back to the latter’s death in Final Night, and also many references to Green Arrow’s legendary stories with Hal in the 70’s or Sinestro’s own particular fall from grace in the Silver Age. Johns is a big fan of the old school era of comic books and he’s not afraid of showing it.

There was also the issue of what to do with characters such as Guy Gardner, John Stewart, or Kyle Rayner, all former or current Green Lanterns until that story. Since the nature of the Green Lantern title allows for multiple ring-wielders, Johns makes sure that all of them get time to shine and even Kyle, Hal’s successor, gets to be the one to reveal the truth about Jordan’s descent into madness.

The story balances a lot of different elements and at the same time offers a lot of action, with two memorable moments being Green Arrow and Kyle Rayner’s against Sinestro and Hal Jordan’s beautifully structured comeback and fight against the Yellow Lantern.

What about the artwork?

Ethan Van Sciver had already a bit of a reputation after his work on the Impulse title and doing the X-Men with Grant Morrison, but it’s in this book where the man has a larger impact, doing some of his best artwork that the Green Lantern title has ever enjoyed.

Every page is beautifully drawn and has a lot of details, like the Green Lantern symbol when Hal and Kyle stretch hands. I have to say that the battle between Hal and Sinestro is one of my personal favorites in all the title’s history, done with a lot of flair and style in the process while giving it the kind of cosmic and epic scope that it deserves.

When you think of making a comic book with a story of such nature (bringing back a beloved character) you need to bring the best you got and Van Sciver definitely does that here, so I would argue that this was perhaps the best work of his career, but having works such as Sinestro Corps War or Flash: Rebirth in his CV, it’s hard to say. Perhaps his upcoming Cyberfrog book would challenge this stand of mine.

DC has enjoyed a lot of fantastic artwork throughout the years, but when it comes to this century, Van Sciver’s work in Green Lantern: Rebirth deserves a lot of platitudes. 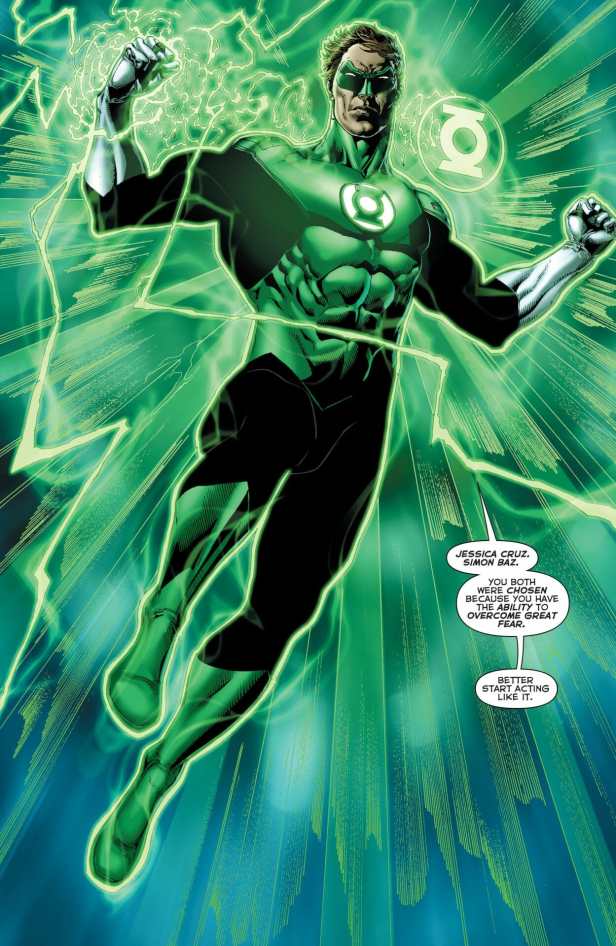 It represents the return to the classic status quo of the franchise, but it also plants the seeds for many of Johns’ biggest and best storylines in his Green Lantern run, which is going to be the main feature of his writing style during his tenure in the title.

It was also the moment where the title started to get the main spotlight in DC Comics, often competing with Grant Morrison’s Batman run to see which one was being more successful. For many, this is the starting point if you want to read Green Lantern comics and I can’t blame them because it gives you everything you need to know and you can keep reading from this point onwards (although I always recommend Ron Marz and Judd Winnick’s runs with Kyle Rayner as the main Green Lantern in the ’90s).

It’s a modern classic that brought back Hal Jordan to what was his main role and it took the Green Lantern franchise to a whole new level.