Nowadays anime’s popularity is higher than ever, and with each day that passes, it grows more and more, with series such as Attack on Titan, Demon Slayer, Sword Art Online, My Hero Academia, or anime movies like Your Name making the medium as mainstream as it can be, so even people who are not big anime fans can enjoy these great shows, but besides the most mainstream anime, there are a couple of hidden treasures that are worth watching.

That’s why we’re going to talk a little bit about seven underrated anime series you must watch.

Inuyashiki has many quirks, and one of them is evading many of the clichés of anime to provide an interesting plot with unusual resolutions. Although it begins as a science fiction series, as the plot unfolds we can see that it also has a lot of drama, suspense, and even a bit of horror. Inuyashiki has a couple of scenes that will stay in your head for a very long time, although it may not be for the best reasons.

If you like this type of genre, it is a highly recommended anime, but we must warn you that it is not an anime for everyone, as some of the scenes can be disturbingly explicit.

We went from the suspense genre to a completely different one. School Rumble is a good romantic comedy, one of those that finds the perfect balance between making us laugh and being very invested in the plot and its characters. The love triangle that exists between the main characters and their intention to confess their feelings is what always ends up causing exaggerated but hilarious situations.

It is not an anime that seeks to innovate or that offers something never seen before, but one that takes the best out of the romantic comedy genre to make us laugh out loud while we empathize with the characters. 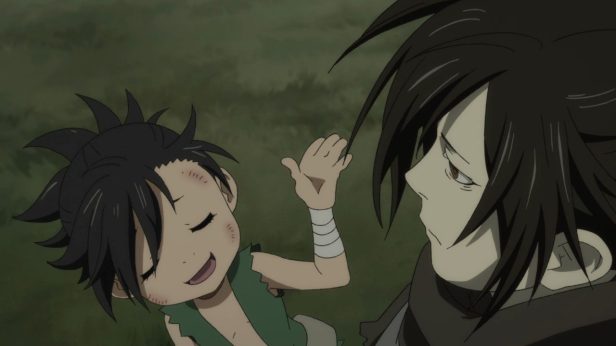 Dodoro is a true jewel that made everyone who watched it immediately fell in love with it, but unfortunately, its release did not cause much impact despite its quality. This may be due to different factors, such as that, during its launch, other anime series such as Kimetsu No Yaiba (Demon Slayer) quickly caught the attention of the public worldwide, but the fact that Dodoro didn’t have so much attention does not mean that it does not deserve it as it is undoubtedly one of the best anime that 2019 had, so whether you are a fan of the dark fantasy genre or just a lover of anime in general, Dodoro is a series that you are going to love.

The story takes place in the future in which a system called “fractale” rules society, but behind the functioning of the system lies certain secrets and mysteries that will be unraveled by Clain, the protagonist with the help of other characters that he meets as the adventure progresses. The anime is from 2010, but the animation, and the way the characters usually act, will remind you of other classic anime. Fractale has the unusual power to make you feel nostalgic if you’re a lifelong anime fan, but make no mistake; Although it bears some resemblance to much older anime, this one also adapts well to our time and can be enjoyed by anyone, as it has an interesting, simple, fun and captivating plot.

Sangatsu no Lion (March comes in like a Lion) 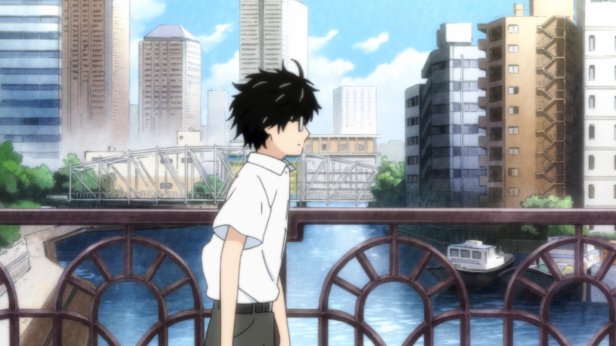 There are not many animes like Sangatsu no Lion. If there is a word to define this anime, that word is “special”. Sangatsu no Lion deals with a topic that in modern life is increasingly common, mainly among teenagers and young adults: how difficult life can be and how pressure can affect people on an emotional level. This anime shows us Rei Kiriyama, a 17-year-old boy who begins to live alone in a pretty careless way. Sadly, the depression he feels makes the days hard to get through; however, he soon meets some people with whom he interacts and establishes a deep connection, as he creates a bond with them, he starts to understand his own complicated feelings as well as others.

In a world where action anime, romance, and other genres reign, it is nice that there is anime that deals with sensitive topics such as depression, anxiety, loneliness, and other serious problems that are unfortunately very present in our society nowadays.

You’ve surely heard of Sword Art Online, and you may have seen Log Horizon as well, but before these (and many other isekai) existed, there was Hack Sign. A fairly forgotten anime whose plot revolves around virtual video games, but despite the fact that it may sound like something very repetitive nowadays, the fact is that this anime already did a few things well in its day: great character development, a beautiful love story that is well-told, several mysteries that keep us expectant and several other things. One of the things that stands out about Hack Sign is that, unlike other similar anime, this one does not focus its attention solely on its protagonist, but quite the contrary, it gives great importance to the other characters in the story, which makes it considerably more interesting.

Claymore is an anime that, although it achieved some popularity at the time it was released, does not have the recognition it deserves for the great masterpiece it is. That is why despite being a great anime, it is likely that you have not heard of it. Despite saying that it is underrated, the reality is that in fact the vast majority of people who have seen the anime have loved it, and the criticism of it is very good too, so it may not be the most recognizable anime ever, but it’s definitely amazing. Great action, cool charismatic characters, amazing story, mind-blowing plot twists, Claymore simply has everything, so if you love adventure stories and dark fantasies, Claymore will probably become one of your favorites.

Thank you for taking the time to read this article. Which of these animes will you consider watching? Feel free to let us know in the comments section below.